Mexico and the U.S. are Moving toward a More Efficient Border

On October 17th, customs authorities from the U.S. Customs and Border Protection (CBP) and Mexico’s Tax Administration Service (SAT in Spanish) signed an agreement to mutually recognize two customs security programs that are currently in place in both countries. The agreement allows stronger collaboration between both programs by creating a common structure aimed at streamlining and securing cargo trade across the border.

Brewing the Coffee Economy in Mexico

One of the greatest assets of North America is the natural richness of its geography. This favors the production of a wide diversity of agricultural goods within the region. Mexico is no exception to this and its production of coffee is one prominent example. Its blessed geography and climatic conditions have allowed the country to become one of the biggest producers and exporters of coffee beans in the world.

END_OF_DOCUMENT_TOKEN_TO_BE_REPLACED

Government procedures and services available to foreign investors and businesses will now become more accessible and simpler according with Mexico’s most recent trade developments. The Six Comprehensive Strategies outlined on May 30, 2014, by President Peña Nieto included a new “single window” for the health sector in order to promote exports by eliminating up to 80% of the regulatory burden on exporters.

Mexico is advancing on the approval and implementation of an ambitious reform agenda, making countries around the world look at Mexico for inspiration to modernize their economies. Mexico´s forward-looking approach to intellectual property protection and, in particular, the leadership shown on the use of legal software in Mexico, are all examples of what is being accomplished.

END_OF_DOCUMENT_TOKEN_TO_BE_REPLACED

North America is home to almost five hundred million people living in three vibrant democracies. If the three North American countries deepen their integration and cooperation, they have the potential to again shape world affairs for generations to come, a new Council on Foreign Relations- sponsored report “North America: Time for a New Focus” concluded. The Independent Task Force report asserts that elevating and prioritizing the U.S.-Canada-Mexico relationship offers the best opportunity for strengthening the United States and its place in the world.

END_OF_DOCUMENT_TOKEN_TO_BE_REPLACED 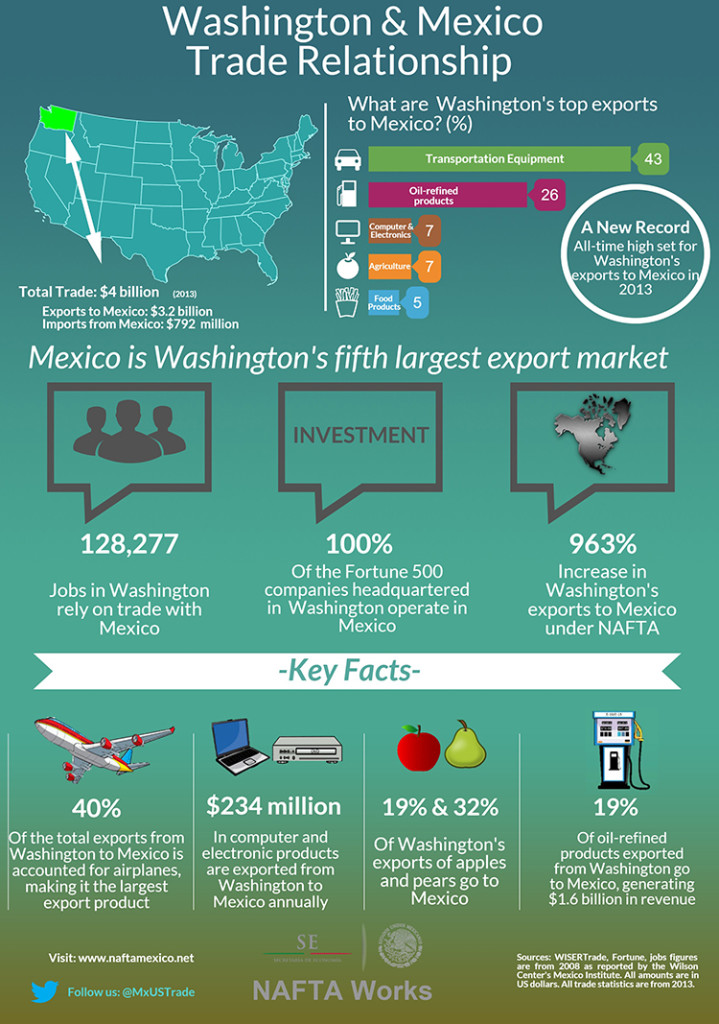 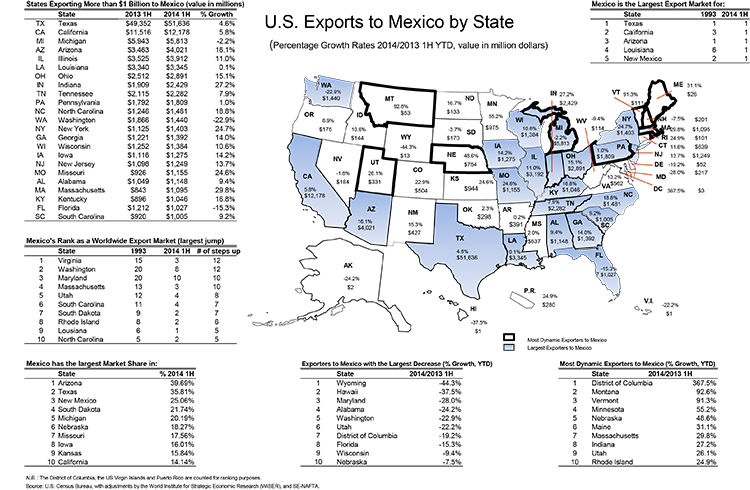 One of the key goals of President Enrique Peña Nieto is to increase the competitiveness of the Mexican economy and thus to generate high economic growth and more and better jobs. An important mechanism to achieve these goals is a modern and effective economic competition legal framework. With this in mind the Mexican Congress approved on April 29, 2014, the new Federal Law of Economic Competition replacing the preceding law on the subject that dates back to 1992. This new law came into force on July 7, 2014.

By opening markets, Mexico has consolidated its position as a strategic manufacturing center and a global trade hub in the last two decades. Nowadays Mexico is increasingly demanding high quality industrial real estate across the country to place new export capacity.

END_OF_DOCUMENT_TOKEN_TO_BE_REPLACED 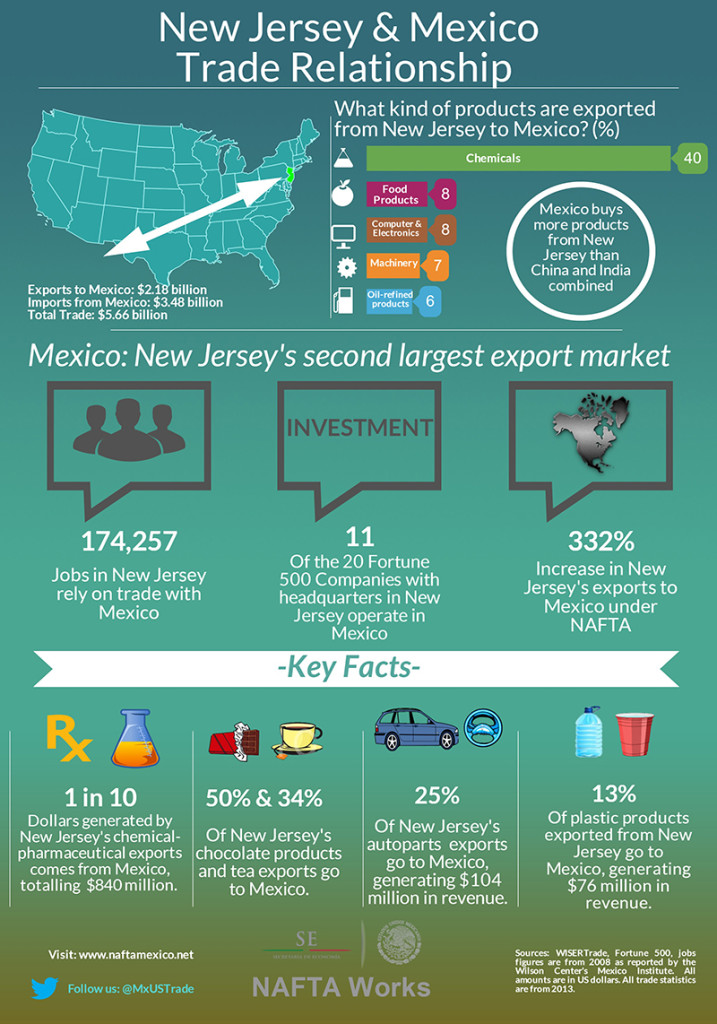 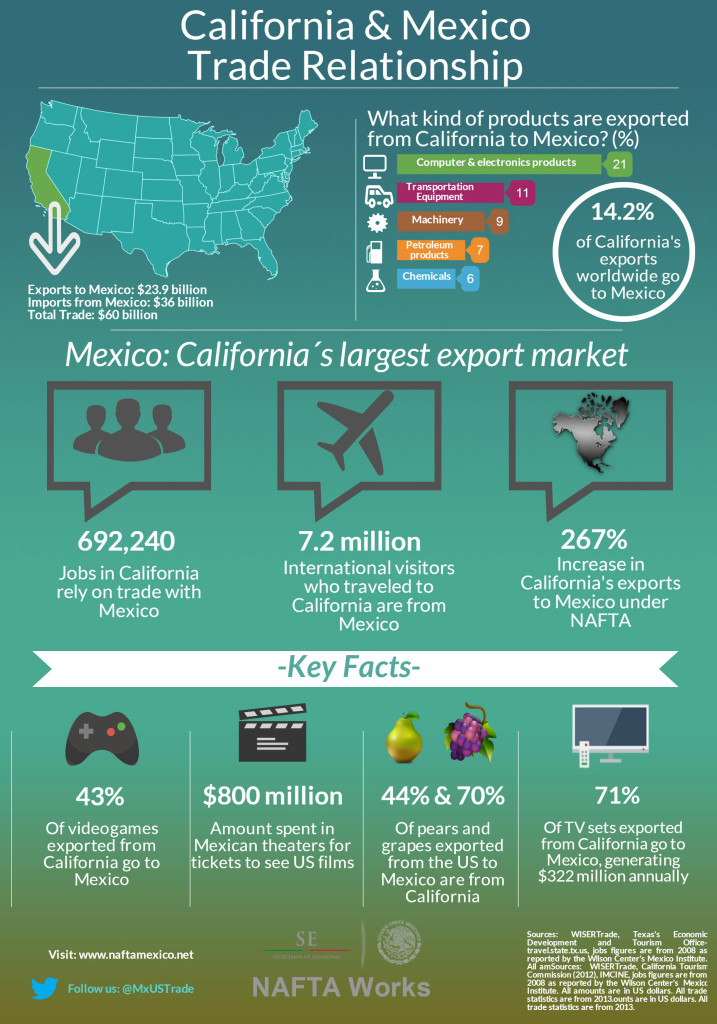 On January 10, 2014, Mexico’s President Enrique Peña Nieto implemented a significant multi-layered financial reform, amending a number of federal laws with the aim of boosting Mexico’s economic growth by increasing the availability and quality of financing in the country while strengthening the banking system’s institutional framework.

Mexico has become a globally competitive livestock producer, having all the essential elements needed to respond to the increasing worldwide demand for high quality products, and to attract investments along its supply chain.

END_OF_DOCUMENT_TOKEN_TO_BE_REPLACED

On December 20, 2013, President Peña Nieto signed into law a landmark energy bill approved by the Mexican Congress. The Energy Reform amended articles 25, 27 and 28 of the Mexican Constitution with the aim to transform the country’s energy sector by opening up oil, gas, and electric energy generation to private investment and setting the general framework to provide the legal certainty required to power Mexico’s economy. On April 30, 2014, President Peña Nieto introduced to Mexico’s Congress nine new bills, as well as amendments to several existing laws, to implement the constitutional energy reform.

Since the implementation of NAFTA, the automotive industry in the North American region has significantly grown and is now highly integrated, transforming its structure into an increasingly export oriented regional sector. The three NAFTA partners together exported over $134 billion in vehicles in 2013, an increase of 106% with respect to 2001.

END_OF_DOCUMENT_TOKEN_TO_BE_REPLACED

Mexico’s tax and customs reforms show the Mexican government’s strong commitment in boosting the country’s competitiveness, and improving its attractiveness for doing business. They also prove the country’s willingness to make North America the most prosperous and competitive region of the world and its determination to increase and facilitate trade with its world partners. Besides, these reforms will promote investment, and transparency, and the simplification of procedures related to foreign trade.

The services industry is one of the most dynamic sectors in the world economy, and Mexico is undoubtedly a case in point in this trend. Mexico has a vibrant service economy in which the service sector contributes with 62% of the GDP and employs 58% of its workforce. All sectors of the Mexican economy, including manufacturing and agriculture, depend on services.

END_OF_DOCUMENT_TOKEN_TO_BE_REPLACED

2014 North American Leader’s Summit: Working Together for a Brighter Future

END_OF_DOCUMENT_TOKEN_TO_BE_REPLACED

NAFTA What is next…